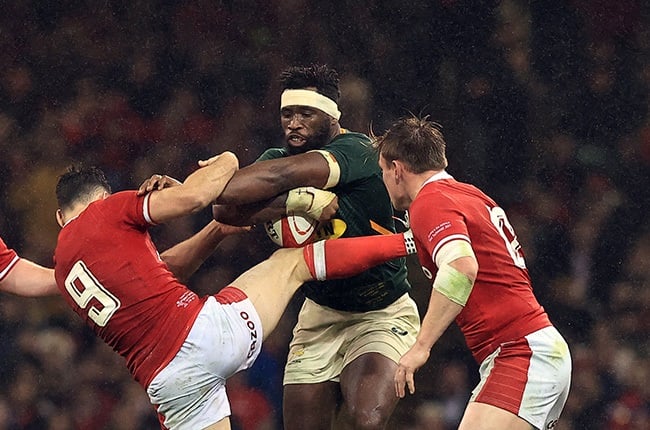 One of the things the Springboks did well after they won the Rugby World Cup in Japan was to convince the world there’s only one way to play them and that’s to match them physically.

The British & Irish Lions, who toured here in the Covid-stricken winter of 2021, were hypnotised into mirroring the identical game plan that worked well for South Africa, although they had a glut of players that could offer something different.

The Wallabies during the Rugby Championship proved that there was more than one way to skin the Springbok when they shellacked the world champions in Australia with some hard running and scything offloading and phase play.

Although the Lions landed the first punch in last year’s first Test, they awoke too late that they could beat South Africa by running the ball among the backs and with some skilled link-forwards.

Wales, who are in SA for three Tests starting this weekend, brought a host of players back into the country who were part of the Lions series.

The challenge has now befallen Wayne Pivac’s men, who are led by flyhalf Dan Biggar, the Lions’ starting 10 for all three Tests, to either try to outmuscle the Boks or outsmart them.

Biggar, whose injury allowed Scottish flyhalf Finn Russell to run the show in the third Lions Test, said he’d been quizzed aplenty about whether Warren Gatland’s tactics were off the mark – should they have gone with a more attacking mentality from the start?

“I’ve been asked this quite a lot and it’s difficult [to answer],” Biggar reflected.

“When we won the first Test, everyone said it was brilliant and a masterstroke and we managed to outmuscle the Boks, beating them at their own game.

“Then, you lose the next two and the knives were out for everyone. It’s a very fine margin.

“South Africa want you to overplay when it’s not on. We (Wales) said in the huddle after training that we want to be disciplined and make sure we don’t give South Africa anything easy.

“But, when it’s on and we get an opportunity and picture presents itself, we have to be brave and bold and make good decisions to shift and move the ball into space.”

Biggar said they would seek balance in their approach – not too stoic, not too loose.

They didn’t want to get caught in a “Sevens” free for all game, he emphasised.

“It’s a balance. We don’t want to be caught in a game of Sevens or throwing the ball about and inviting a lot of pressure on ourselves,” he said.

“But we need to understand where we can get some gains. We need to try to move the point of contact, play in the right areas and, as soon as the picture presents itself, we can shift the ball and play.

“That balance is key. If it’s on, we have to make sure we take our chances. Going into an arm-wrestle against these guys is quite difficult.”