Ten people were rescued from a vehicle in rising water caused by flooding in Tshwane.

The search for a missing person who was swept away in the flooding, is expected to resume.

This comes after heavy rainfall over the weekend. 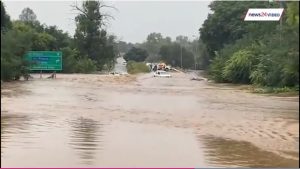 Ten people were rescued from a vehicle stuck at a low water crossing outside Tshwane late on Saturday.

Rescue divers responded to the incident at Dertig, where three children and seven adults were stuck in the rising waters.

The greater Tshwane area has been experiencing heavy downpours since Friday, resulting in flooding in several areas.