Looking for something to do in Pretoria? Whether you're a local, new in town or just cruising through we've got loads of great tips and events to offer. Find out what’s on in Pretoria with our regularly updated events calendar featuring the best upcoming events in Pretoria and the area.

This guide lists events at a glance, showing what’s on each month. See the highlights of What’s On for Pretoria, featuring the best of things to do in Pretoria – Live Music and Gigs, Family Events, Art & Culture, Food & Drink and much more. Pretoria fundraisers and charity events.

Important This Event Calendar is not maintained on a daily basis and some events may have changed dates or are no longer happening. Please double-check the event websites for the most up-to-date information. 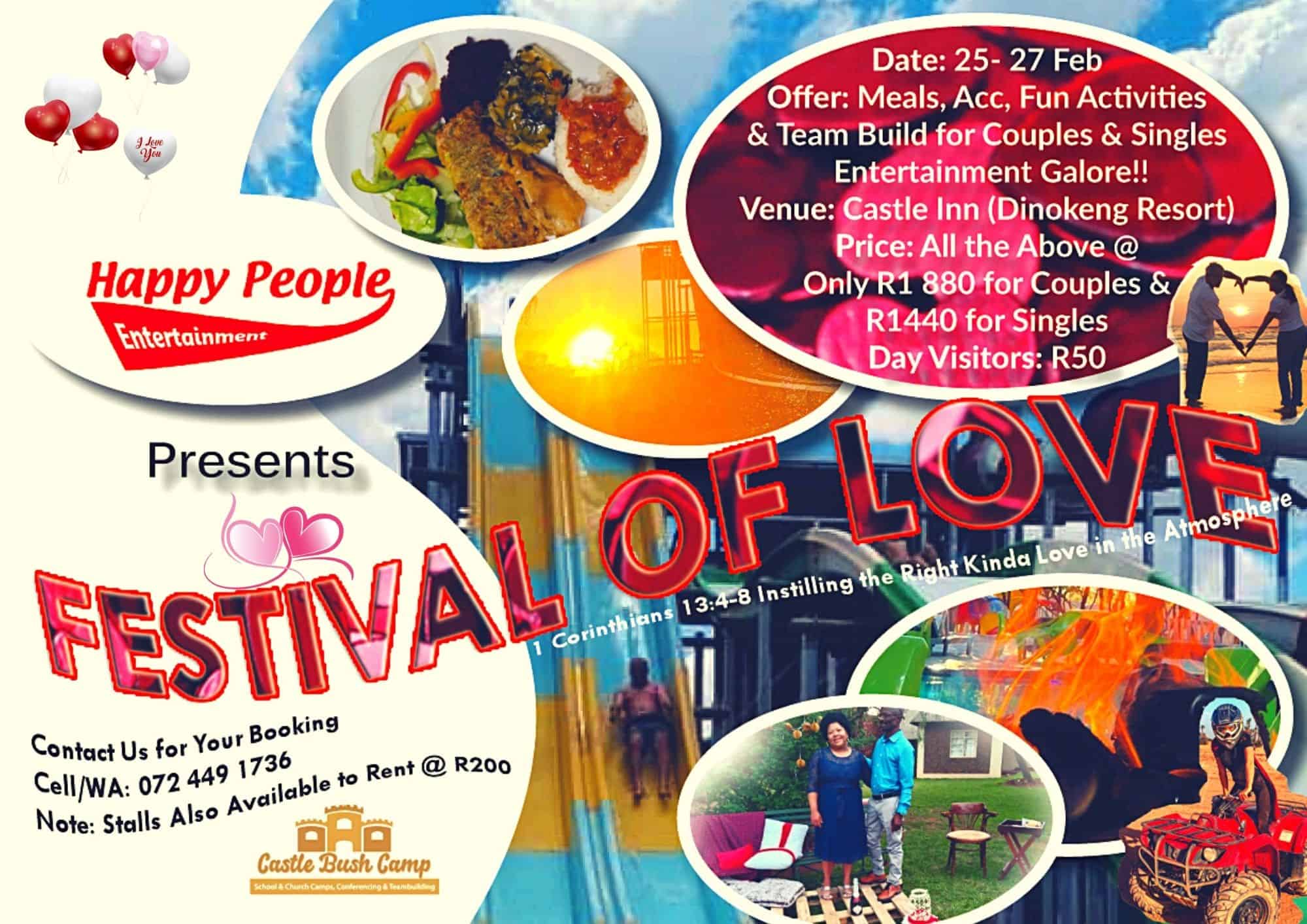 The year 2022 marks just over a decade since the first Festival of Love event which was hosted by Happy People Entertainment in partnership with Rainbow FM 90.7 on 14 February 2008 and was a huge success. The second one was hosted at the ZAR, Sandton in 2011, which was also great fun and well attended. Now third time lucky!!! This time around we intend to make it bigger and better!!!

This year’s Festival of Love will be a love marathon festival and retreat which will span over the duration of three days at the Castle Inn (Dinokeng Resort), Cullinan, Pretoria. Kick-starting on, 25th, 26th until 27th Feb. The first day will include a candlelit dinner coupled with live musical performances by multiple award-winning artists – Ikiri Lawrence (who sang alongside Regina Bell the Walt Disney classic, “A Whole New World” during her Rhythm and Blues Legends Tour in South Africa in 2016). We also have a Soweto duo that goes by the name Selfmade SA and various other upcoming artists like STUDWL to name but a few..

The three-day festival will also include good food, team build exercises, and games like quad biking, water activities for both couples and singles. It will also consist of an informative, spiritual but entertaining team of relationship experts who will be onsite to offer advice, counseling as well as cover topics like the 5 Love Languages, True Meaning of Love as well as controversial but entertaining topics such as Blesses vs. Gold Diggers, Slay Queens, and Kings, Life after Divorce, Sugar Daddy’s, Ben Ten phenomenal… Festival of Love will also offer optional counseling, prayer, and healing sessions in private break-away rooms upon request.

We will also include the famous Happy People Happiest Smile Competition which will take place under the Couples and Singles category who would like to be matched up!

Throughout the duration of the event, there will offer stalls for business owners who wish to showcase and sell their products or services. In closing there will be more musical performers and the last day a gala dinner, and winners of the competition to be announced and awarded prizes thus bringing out the inner happy you – in true happy people fashion!

If you have an event, that you would like to be featured on our Events Calendar, please visit Free Event Listing.